'Pezzato' is an Italian word and translated as colourful / spotted. This technique reminds vaguely of the patchwork technique. In fact, the glass objects are made in a similar way:

According to a given design, coloured glass segments are arranged on a metal plate. Thereafter the plate is heated until the glass starts to melt. A second glass blower prepares parallel a glass lump. Then both elements are joined together by rotation on the outer surface. Finally, the whole item is finished by smoothing and modelling. Strictly speaking, only the 'pezzato' pieces designed by Fulvio Bianconi and produced by Venini & Co. are called 'pezzati' Later other manufacturers, such as Barovier & Toso created series in techniques that based on this fundamental technique such as 'millefili','tessere',' sidone' or 'parabolici'. 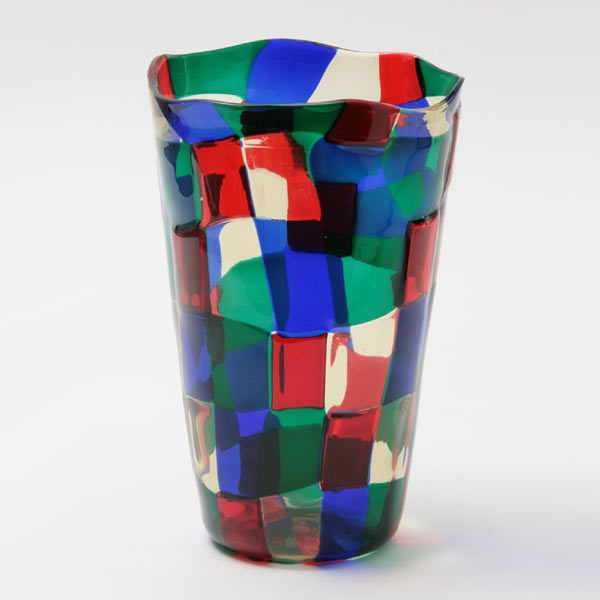