'Filigrana' is a traditional technique, which dates back to the 16th century. Long glass rods (transparent, coloured or lattimo glass) are superimposed, intertwined and fused. The rod is wrapped around a glass cylinder and blown into shape and /or formed with glass-making tools. There are different variants of the 'Filigrana' technique. They differ slightly in material and technology. To name but a few there are 'a mezza filigrana', 'a reticello' and 'a retortoli / zanfirico'.

'a retortoli / zanfirico' contains glass rods which are twisted into a spiral. Antonio Sanquirico used this technique very often in the 19th Century and since then it carries his name. In the 50s and 60s, Archimede Seguso enhanced the Sanquirico technique. He created the 'merletti' technique based on the 'retortoli' technique. 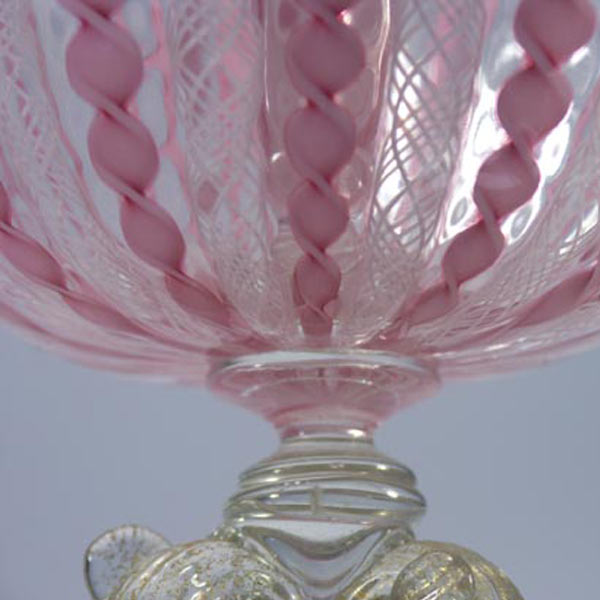