'Battuto' means, 'is pushed'. The glass surface is provided with many different excoriations and deep abrasions. The structure vaguely reminds of a metal surface, which has become beaten with a hammer. This technique developed in France in the 19th century and was rediscovered later by Carlo Scarpa (Venini & C.). Scarpa was the first who applied this technique to transparent coloured glass.

At the end of the 50s Tobia Scarpa, the son of Carlo Scarpa, manufactured further series in this technique. In the 60s, Alfredo Barbini also used this technique for some schemes of Napoleone Martinuzzi. 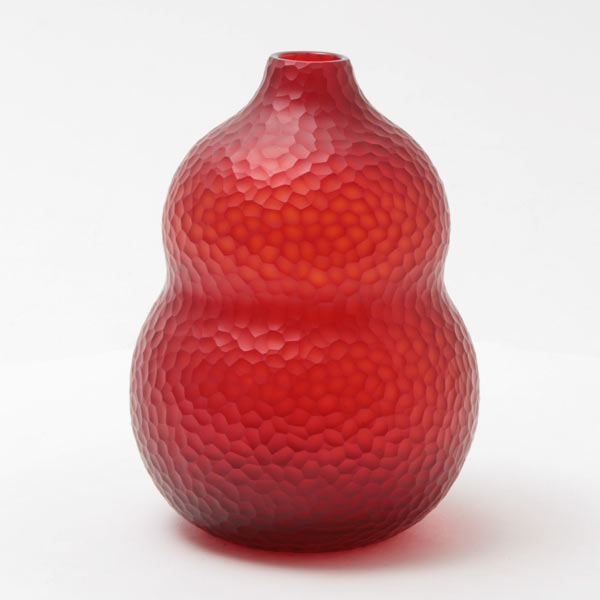